Today, Nintendo revealed the Nintendo 2DS. Some people love it, some people hate it, most of these people aren’t the kids it is marketed towards. Abandoning its clamshell design, this model looks like a child’s calculator; sporting a bulky and more colourful appearance. But the main feature is the absence of one: the lack of autostereoscopy. A moot topic floating about the internet right now is whether this change in vision is indicative of Nintendo’s plans for the future of its hardware. Will the next iteration of the 3DS be 2D also? Is 3D a feature that won’t show up for an encore next generation? I’m thinking it will. This is a specific device for a specific market, with a lower price point to boot. Either way, the 3DS is selling just fine. Trouble arises with the Wii U’s poor sales, and concerns arise with how to remedy them. But this new 3DS model begs another question, “Could Nintendo release a Wii U without the Gamepad bundled in, and at lower price too?”

The simple answer is no. Or at least not anytime soon. I don’t necessarily care for the Gamepad. I can see why someone would buy a Wii U, and I can see why no one would care either. Now, if this question was posed sometime before the launch of the system, I think it would’ve been possible for Nintendo just to simply sell a model without the Gamepad — though at the same time, some of the same problems that would plague a Gamepad lacking model today, would’ve caused harm to Nintendo last year when the system launched. 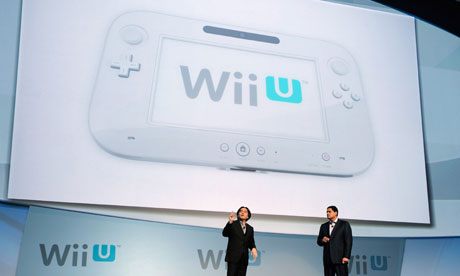 Nintendo immediately made it clear that the Gamepad is the lynchpin of the Wii U.

Peripheral Syndrome
As much as it may seem, the Gamepad is not a peripheral. It’s the core constituent of the Wii U. This is simply evident by the fact that Nintendo showed the Gamepad at E3 2011 and left us in the dark about the machine that runs it. The actual peripherals designed to work independently or in tandem with Gamepad are the Wii Remote, Nunchuk and Pro Controller. They’re not necessary to play any of the games. You can see this from how games like New Super Mario Bros. U had Pro Controller support implemented through an update several months after its release, Pikmin 3 was announced to support it a month before its release, and how The Legend of Zelda: The Wind Waker HD still hasn’t been confirmed to support the pro controller at all, less than a month shy of its release.

From the development side of the situation, things would only get more complicated. A model without a Gamepad would fragment the market and in a manner much worse than we’ve seen before. The Kinect sold well, and the PS Move… well, it sold some units. Both peripherals served as rather interesting pieces of tech, but didn’t budge the needle in terms of how much they could bring to the table. Beyond first-party titles, both peripherals were an after thought for most games, serving some rudimentary functions in shooters or shoehorning in voice commands. Developers really didn’t care. Their audience was shattered. Why should they spend time and money developing their games for a peripheral that the player can enjoy without? Well, that’s why we got voice commands for Skyrim and motion control for Bioshock Infinite. This is the very reason why Kinect will be bundled with every Xbox One — to avoid any dithering, and give developers a clear incentive for experimental and creative design.

Technology
Let’s take a look at the Gamepad. It’s a brilliant piece of tech. It has a resistive 1080p touch display, mic, camera, accelerometer, and can even act as a screen for the game you play (I’m sure there are features I’m forgetting). Now imagine selling this as a peripheral. This is a $150 accessory, much too expensive to survive on its own. Imagine a child asking their parents for the $150 tablet, that isn’t portable and is an accessory to a 150$ console (let us assume that a SKU without a Gamepad is half the price). It’s a rather tough bargain, and precisely the reason why we haven’t heard of a single game that supports two Gamepads. The other way around, someone might buy Nintendo Land, and think they could go home and play it, only to realize that they don’t own the proper controller.

On Nintendo’s side of the mountain, we can take another glance at the Gamepad itself. It’s a whole lot of tech. A lot of work went into the research and development of the tablet, especially with how it’s able to stream the game from the Wii U to the Gamepad, without a single hitch. We don’t know how much it cost to design the Wii U, but Nintendo has always touted it as the sole reason to own the console. Remember when we got ports of Mass Effect 3 and Batman: Arkham City? Its whole pitch was that the experience is entirely different using the Gamepad, and that’s why we should care. Whether it was different or not is besides the point. What should be noted is that Nintendo relied on this new tech to attract new audiences, and have its games contingent on the functions of the Gamepad. Nintendo put too much money and advertising into this controller, and ditching it is not an option for it.

Nintendo may have released Super Smash Bros. Brawl without any motion controls, but did so because the Wii was selling well, and thrived without a nebulous identity.

Appeal
Alright, so I’m about to poke at a sensitive topic. If Nintendo didn’t bundle the Gamepad, what’s the point of it developing a console? For the most part Nintendo designs its game to fit its hardware. Analogue sticks, motion control, touch screen — whatever. Super Mario 64 was designed with the analogue stick in mind, Wii Sports was designed with the Wii Remote in mind, and The Legend of Zelda: Phantom Hourglass was designed with the touch screen in mind. Now, given the poor sales of the Wii U, what’s the point of Nintendo holding the platform if they can’t ensure each console will hold a Gamepad, and thusly, that developers know exactly what the player will experience? This turns the Wii U, into Nintendo’s version of the Xbox 360/Playstation 3. There is nothing new it would bring besides its first-party line up. Which works for Nintendo’s aforementioned competitors but the thing is, they don’t need to do anything different, their sales are doing just fine.

Through a discussion on Twitter I heard a great point on how Nintendo’s exclusive hardware wasn’t always utilized to garner strong sales. Some of the points included how many NES games could’ve worked on the SG-1000, how few games came out for the ROB and how Super Smash Bros. Brawl didn’t even have motion controls. Well the NES sold well regardless of ROB because of the games it had and the fact that ROB was a peripheral. As for Super Smash Bros. Brawl, it was released two years into the Wii’s life cycle, and after the console sold 24 million units. At that point, Nintendo knew they didn’t have to have motion controls for Brawl since the Wii was doing well, and the casual audiences had a myriad other games to play, namely Wii Sports and Guitar Hero. Nintendo could sell a unit without the Gamepad bundled in, but it’d have to do so very late into the cycle, when the tablet is almost entirely profit.

Third-party software is already a problem with the Wii U, with EA’s ambivalent stance and Ubisoft backing off exclusive titles for Nintendo. They don’t want to put effort into a console without an audience, and the audience doesn’t want to play a console with very little third-party software support. Players already demand a reason to play the Wii U. If the Gamepad is removed from the package, any third-party support become the exact same as the other consoles ie. there isn’t a reason to play Call of Duty: Ghosts on Wii U if there’s isn’t a difference between it and the other copies. I imagine there’s a very small group of people who own a Wii U as a primary console. For them, the Wii U may be their only access to Call of Duty. But the rest of the populace has five other ways to play the game. If Nintendo removes the controller, they remove third-party interest in Gamepad support. If they remove that interest, they get a game that merely mimics the other versions. If the game is just a port of the Xbox version, well, then no one to buys the Wii U version except those without a choice. Third-parties won’t support a machine they can barely profit from.

I’m not saying Nintendo needs to make every game take full advantage of the Gamepad, I’m just saying it wouldn’t benefit it to remove it from the package. In its last quarter, Nintendo sold a feeble 160 000 units worldwide, worse than the Gamecube did the year before the Wii launched. I always hear the sane argument for the Wii U; that it’ll do much better when they release more first-party software. But those first-party franchises are for the die-hard Nintendo fans, and I can only imagine that everyone that wants a Wii U has a Wii U. I really like my Wii U, even if there aren’t many games I’m interested in besides Wind Waker and Bayonetta 2. I think the only fans that have yet to buy a console are the ones waiting for Wind Waker, so if there’s any quarter to act as a catalyst for Wii U sales, it’s this one. For other videogame enthusiasts, Donkey Kong Country: Tropic Freeze and Super Mario 3D World will do the trick. I’m hoping, with the advent of more casual titles like Mario Kart and Mario Party we’ll seem a jump in sales, and maybe the Wii U’s lifecycle won’t be as ephemeral as it seems.

This site uses Akismet to reduce spam. Learn how your comment data is processed.